Natural gas advantages over electrical heating include speed of heating, lower cost, and improved energy efficiency in some situations. Let’s look at the pros and cons of natural gas generally, and in each of their three major household applications: space heating, hot water, and cooking.

But first, let’s consider the general pros and cons. General advantages of natural gas include its availability and ease of transport.

Most municipalities of more than a few thousand people in most developed countries have natural gas available to their residents. Once you have a gas line running to your house, it’s a lot easier to heat with gas than with oil or wood. Of course, electric heat is just as convenient as natural gas heat – more so, in homes where there isn’t already a gas line. However, natural gas also produces a lot more heat, for a given amount of CO2 (greenhouse gas) emitted, than electricity produced from fossil fuels. Natural gas produces about the same heat per unit of CO2 emitted as fuel oil. 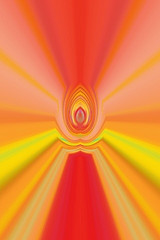 If we’re going to talk about natural gas advantages we need to start with what heat sources we’re comparing natural gas with.

However, when compared to renewable sources like geothermal and solar the total cost of ownership is probably higher, especially when you consider that energy prices keep rising (but energy from the sun and from geothermal heat is always free!).

Let’s look at natural gas advantages and disadvantages compared to each of these other sources:

Natural gas advantages over oil seem to far outweigh any savings you might occasionally get from oil prices being low. However, as demand for natural gas seems to keep growing for uses such as generating electricity and firing up the boilers in the Alberta tar sands (an environmental disaster on a massive scale, which, ironically, produces oil), and as supplies especially in North America are becoming more constrained, we could see a dramatic rise in the long-term price of natural gas, which may make oil a more attractive alternative from a cost perspective.

The main advantage of electric heat over natural gas heat is that it’s very easy to heat a small space in a large house, without heating the whole house. But unless you’re letting the temperature in most of your house fall to very close to the outdoor temperature and just heating one or two rooms with electric heat, you will probably spend more on heating with electricity than heating with natural gas.

There are exceptions to natural gas heat being cheaper than electric heat for a whole house. For example, in the province of Quebec, Canada, electric heating has historically been cheaper. But there’s a price to pay: Quebec sells its electricity very cheap to its own residents, because it is generated almost entirely from hydro-electric sources, and once you’ve built the dams, the electricity is ‘free’ (if you don’t factor in costs such as the environmental devastation caused by flooding of massive reservoirs, and the displacement of First Nations communities).

Wood: Heating with natural gas is certainly more convenient than heating with wood, as you don’t have to keep loading the woodstove, and you don’t have any wood to cut (or purchase), and you don’t need a place to stack the wood. Wood heat also causes more ground-level pollution in terms of particulate matter, and contributes more to smog, if the wood heating unit does not have proper pollution controls on it.

Wood heating is often not energy efficient. Heating your house partly with an open fireplace and partly with a gas furnace usually means the fireplace is actually sucking heat up your chimney – it is a net drain on the heat in your house. In fact even just the presence of an open fireplace in your home can cause considerable heat loss, as the chimney acts like a giant straw, sucking up hot air, which naturally rises, and drawing cold air in through air leaks elsewhere in the house such as poorly sealed windows and doors, attic hatches, or cracked walls. You can solve this problem with a

draft stop plug balloon, such as the one shown at right. You simply push it up the chimney from the fireplace until just below the damper; you then inflate it. It can be easily removed as well, and reused later. It provides a proper seal and may significantly cut your heating bills.

Wood heating tends not to distribute heat effectively through a house with several rooms, as typically wood heating is done from a woodstove or fireplace insert that burns in just one room.

However, if you have an energy efficient woodstove or fireplace insert, that has the proper pollution controls installed, and you have an effective way of distributing the heat through your home, wood is a more environmentally friendly heat source.

People often argue that burning wood or other biofuels is carbon neutral – that the CO2 you release when burning wood, was CO2 the tree withdrew from the atmosphere only a few decades earlier. And the CO2 would have been released anyhow if you let the tree fall in the forest and rot.

There’s some truth to this argument. But of course if we all rushed out and switched to heating our homes with wood, we’d have to chop down so many trees there wouldn’t be any forest left to continue the process of sequestering carbon in new trees! And even if we replanted everywhere we cut (and many foresters argue that second growth forests sequester a lot more carbon in their trees than old growth forests) there would be severe ecological consequences.

In terms of life cycle costs, geothermal is almost always cheaper than natural gas heating, because once the system is installed, the heat energy comes to you free from the ground – though you’ll use electricity to drive the heat pump. Overall, geothermal heating is supposed to require only about 25% of the input energy that heating with electricity requires. Natural gas advantages over geothermal are short-term – in the long run, you’ll save more money by installing a geothermal system.

Another advantage of geothermal systems is that they can not only heat your home, they can both cool it in hot weather, and heat your hot water.

See my Advantages and disadvantages of geothermal energy page for more information.

However, with proper design of a new house, a solar heating system can provide most of your heating needs, and will save you money in the long term. See Solar power pros and cons for a more thorough discussion of the advantages of solar heating over natural gas heating.

For a general discussion of heating sources, see my Most efficient home heating page, which discusses each heating source in gory detail. 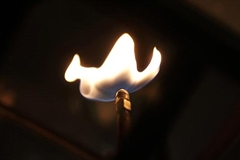 As with all other comparisons of heating with natural gas versus electricity, when electricity is produced via a heat engine (i.e. a turbine at a heat-powered power plant such as a coal, natural gas, nuclear, or geothermal electric plant), about two thirds of the energy in the heat source are lost – so the electricity gets only one third of the total input energy. So one of the natural gas advantages is that more of the original energy goes into heating your water – heating your water with electricity produced from coal or natural gas means only about 30% of the heat goes into the hot water, the other 70% escapes into the atmosphere.

Many people prefer to cook with gas than with electricity. I can understand this – natural gas advantages for cooking include the fact that gas stoves heat food much more quickly than an electric stove, and that better quality gas stoves can also simmer more precisely. However, more of the heat energy is wasted in a natural gas stove than in an electric stove, because so much of it rises as hot gas around the outside of the pot that is over the burner.

You are also more likely to burn yourself with a natural gas stove. I find, for example, that the handles on my pots get very hot on my natural gas stove – which never happened when I cooked on an electric range top. Again, the heat rising with the natural gas exhaust fumes heats the sides of the pot including the handles.

Cooking with gas also burns oxygen in your house and releases carbon dioxide, traces of carbon monoxide, and water vapor. If you have humidity problems in winter and you cook with natural gas, the natural gas cooking is only making the problem worse. If you have a very well sealed, energy efficient home, cooking with natural gas means you’re depleting your home oxygen supply. Make sure you run the range vent when cooking. This will help draw moisture and cooking smells out of your house, but more importantly, it will suck in fresh air to replace the oxygen consumed by the cooking.

For a more detailed discussion of the relative merits of different cooking heat sources, at least for stovetop use, see Energy saving induction cooking. Induction cooking stovetops combine the speed and fine control of natural gas cooking, with the safety of electrical cooking, and with energy efficiency and convenience that beats both traditional sources.